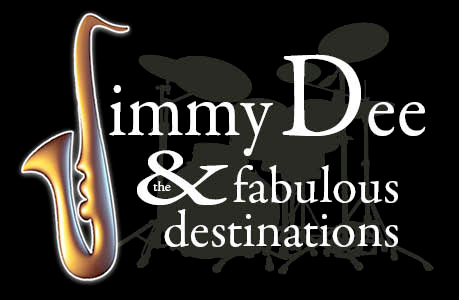 When filmmaker George Lucas directed the movie, "American Graffiti," during the 1970s, he could not have predicted the wave of nostalgia that swept the United States as a result of the smash movie hit.

It was during this time that a group of musicians from Victoria, Kansas formed the group, Jimmy Dee and the Fabulous Destination. Little did they know that their high energy show, featuring major hits from the 1950s and 1960s would propel the band into one of the most popular groups ever to perform in western Kansas.

"We're Getting The Band Back Together"

In the early 1980s, the Fabulous Destinations went their separate ways, performing in a variety of popular groups. Jimmy Dee, meanwhile, went on to perform as The Jimmy Dee Band and maintained a loyal following for many years.

In the year 2000, six members of the original Jimmy Dee and the Fabulous Destinations agreed to reform and play a selected number of dates to celebrate the 25th anniversary of the formation of the group. The  reunion was expected to last one year, but positive response from loyal supporters has prompted the band to continue playing.

Since it's decision to reform, the band has released several albums and was inducted into the Kansas Music Hall of Fame in 2014.

Looking to the Future

In 2016, the band tragically lost its keyboard player, Joe Dreiling. It was decided to continue playing because band members felt Joe would have wanted that, but rather than taking on a new member, the band adjusted their song selection and continue to perform with Tim Pfeifer taking on the dual role of playing saxophone and keyboards.

Looking to the future, the band will continue to perform selected dates each year and look forward to performing for your event.